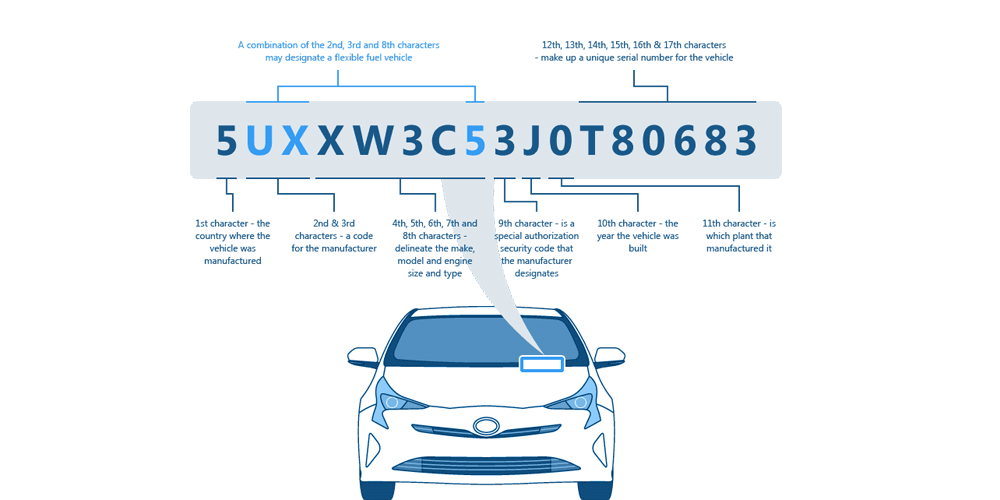 The first thing that comes to your mind when you buy a new car is probably the model, brand specifications, features, and capacity, among others. No doubt, these details are significant markers of a car, but other significant markers are often overlooked. These include the Vehicle Identification Number (VIN), also known as the Chassis Number of your car, and the Engine Number.

These details, which are equally relevant, if not more, might seem unimportant while purchasing a new or a used car. However, these elements are like the DNA of your car, shedding light on the manufacturing and registration details of a car. Not only do they play a critical role during its purchase or sale, but they also aid in buying online car insurance or locating the motor insurance particulars of your car. Since these numbers aren’t in the limelight, they seem pretty challenging to locate and, thus, be ignored.

The VIN is like a unique 17-digit alphanumeric identifier for your car, more like the vehicular equivalent of a thumbprint, exclusively allotted to your car by the manufacturer. These codes distinguish your car from other models and are used by registration authorities to register your car. This code can also be utilized to track your car if it gets stolen.

Your car chassis number reveals essential information about the vehicle, including its year, country of manufacture, its make, engine type, etc. Each number of your car’s 17-digits VIN signifies a critical detail about the vehicle, some of which have been listed below.

Where can the VIN code be found?

There are several parts of your car on which the VIN code is imprinted, and these parts include:

Keep in mind that different car manufacturing companies often opt for different car parts to imprint the code upon. Thus, you can find your car’s VIN on its body and also find it on the car’s registration certificate as well as the car insurance policy.

Alongside your VIN code is the engine number of your car, which is equally important. Usually, your car Engine Number is found printed on the outer covering or engine casing of the vehicle’s engine. Like the car’s chassis number, the engine number is used for identification purposes, but they are not the same, i.e., they are two different but unique numbers. Often, car manufacturers ensure that the number is visible and easy to locate when you open the hood.

In addition to the engine’s casing, your car’s engine number can be found in the following manner: